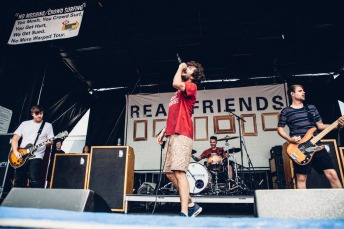 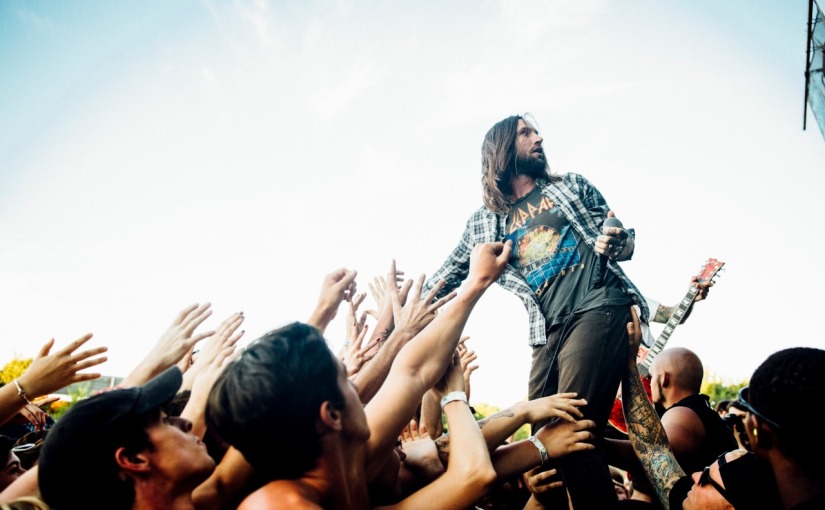 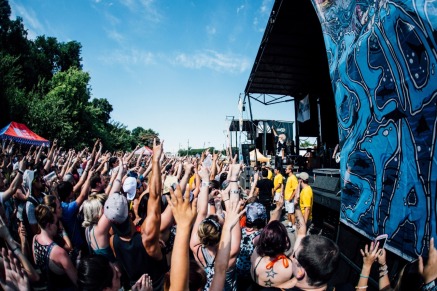 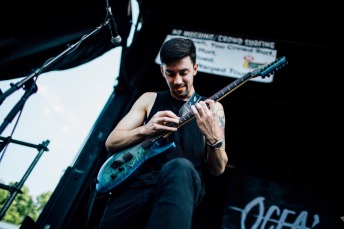 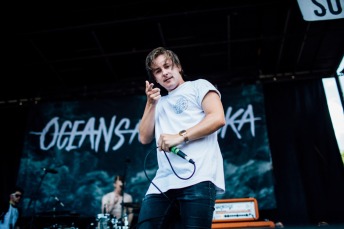 The Light in the Cave tour, headlined by I See Stars, hit Baltimore for the first date of the run this past Wednesday at Soundstage. The tour lineup includes Chunk! No, Captain Chunk!, Get Scared, Palaye Royale, and The White Noise.

First to hit the stage was The White Noise, an up and coming band from Los Angeles. These guys set the bar high for the opening acts. They came out with full energy from the beginning as frontman, Shawn Walker, jumped into the crowd during the first song. It seemed that most of the crowd hadn’t heard of them before, but The White Noise left them with a performance they won’t soon forget.

Next up was Palaye Royale who also hail from the Los Angeles area. Genre wise, this group are definitely the odd balls on this tour, but that’s not a bad thing. Palaye have a mixture of smooth rock n roll with a slightly bluesy vibe and  raspy vocals from singer, Remmington Leith. Despite having a different sound than the rest of the lineup, Palaye were still able to win over the crowd and gain fans.

Unfortunately, Get Scared had vehicle issues and were unable to make it to the show, so Chunk! No, Captain Chunk! took the stage early, but had the crowd engaged instantly. A definite crowd pleaser was their cover of “All Star” by Smashmouth. Whether they had heard of Chunk! No, Captain Chunk! or not, everyone in the room was singing along and jumping up and down. They ended their set strong with their most popular song, “In Friends We Trust.”

It was now time for the band that everyone came to see, I See Stars. This was my first time seeing them live and I was definitely impressed with their performance. I See Stars played a variety of songs, and didn’t fail to satisfy fans who hope and pray for older songs. From the die-hard fans shoved up against barricade to the mosh pits in the back of the room, I See Stars brought the house down with their never dying energy and enthusiasm for playing shows.

Also featuring: Chiodos, I See Stars, The Color Morale, Tek-One, and The Air I Breathe.

Pre-sale tickets can be purchased here.

Also featuring: I See Stars and Forever The Sickest Kids on select dates

All shows are free and include fun things like skateboarding and more.