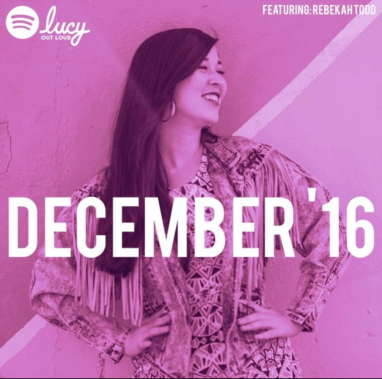 The holidays are long gone, but December was full of some great new tunes! Our December playlist features new tracks from Dashboard Confessional, Run The Jewels, Rebekah Todd, You Me At Six, and even a track by Ryan Gosling and Emma Stone off the La La Land soundtrack! Check out the playlist below and let us know what you’ve been listening to by shooting us a tweet @_lucyoutloud!

END_OF_DOCUMENT_TOKEN_TO_BE_REPLACED Though it’s true that November was full of great foods and the start of the holiday season, it was also full of some great new tunes! Our November playlist features new tracks from Megosh, Childish Gambino, Wyland, and an incredible holiday cover of “Somewhere in My Memory” by Four Year Strong! Check out the playlist below and let us know what you’ve been listening to by shooting us a tweet @_lucyoutloud!

END_OF_DOCUMENT_TOKEN_TO_BE_REPLACED The pop punk nostalgia party turns two tonight and to celebrate the occasion, we’ve put together songs that will make you feel Alive With the Glory of Love. If you weren’t able to snag tickets for what’s sure to be the hottest party of the year, move quickly! Rumor has it 100 tickets will be sold at doors – though tonights party is about to start, so we can’t guarantee that you’ll actually have a chance to grab any (sorry). However, for those who don’t live in LA or can’t make it, the festivities will be streamed via Twitch as part of IHEARTCOMIX’s Party Stream. In other words, you can dance and sing along in your room like no one is watching because…well…nobody will be.

Anywho, on to our epic 100 songs playlist! Take a listen to it below, and don’t forget to check out Captain Cuts’ The Life of Emo mashup album as well. Think we’re missing anything? Shoot us a tweet and let us know what’s on your Emo Nite playlist! Onto the good tunes!

“MakeDamnSure” by Taking Back Sunday
“Dance, Dance” by Fall Out Boy
“Poppin’ Champagne” by All Time Low
“When I Get Home, You’re So Dead” by Mayday Parade
“Sic Transit Gloria” by Brand New
“About A Girl” by The Academy Is…
“I’m Not Okay (I Promise)” by My Chemical Romance
“Alive With the Glory of Love” by Say Anything
“Feeling This” by blink 182
“Miss Murder” by AFI
“Sugar, We’re Going Down” by Fall Out Boy
“Punk Rock Princess” by Something Corporate
“Say Anything (Else)” by Cartel
“Who I Am Hates Who I’ve Been” by Relient K
“Only One” by Yellowcard
“In Too Deep” by Sum 41
”Move Along” by The All-American Rejects
“Beating Heart Baby” by Head Automatica
“Passing Through A Screen Door” by The Wonder Years
“The Taste of Ink” by The Used
”Hands Down” by Dashboard Confessional
“My Friends Over You” by New Found Glory
“All The Small Things” by blink 182
“Mr. Brightside” by The Killers
“All Over You” by The Spill Canvas
“Clothes Off!!!” by Gym Class Heroes
“Note To Self” by From First To Last
“Misery Business” by Paramore
”The Middle” by Jimmy Eat World
“Time to Dance” by Panic! At the Disco
“Moan” by Cute is What We Aim For
“Way Away” by Yellowcard
“Attention” by The Academy Is…
“Snakes on a Plane (Bring It)” by Cobra Starship
“Check Yes Juliet” by We the Kings
“Cute Without The “E” (Cut From The Team)” by Taking Back Sunday
“Whoa Oh (Me Vs Everyone)” by Forever the Sickest Kids
“Night Drive” by All American Rejects
“Vindicated” by Dashboard Confessional
”Fat Lip” by Sum 41
”Coffee Shop Soundtrack” by All Time Low
“Girls & Boys” by Good Charlotte
“Wow, I Can Get Sexual Too” by Say Anything
“This Ain’t A Scene, It’s An Arms Race” by Fall Out Boy
“The Mixed Tape” by Jack’s Mannequin
“Ohio is For Lovers” by Hawthorne Heights
“The Best of Me” by The Starting Line
“My Own Worst Enemy” by Lit
“Here (In Your Arms)” by Hellogoodbye
“Until The Day I Die” by Story of the Year
“I Caught Fire” by The Used
“Grand Theft Autumn/Where Is Your Boy Tonight” by Fall Out Boy
“Liar (It Takes One To Know One)” by Taking Back Sunday
“The Great Escape” by Boys Like Girls
“Helena” by My Chemical Romance
“The Space Between” by Valencia
“All Downhill From Here” by New Found Glory
“I Woke Up In A Car” by Something Corporate
“Memory” by Sugarcult
“Niki FM” by Hawthorne Heights
“Ocean Avenue” by Yellowcard
“Jamie All Over” by Mayday Parade
“Mercy Me” by Alkaline Trio
“So Contagious” by Acceptance
“The Curse of Curves” by Cute Is What We Aim For
“I Write Sins Not Tragedies” by Panic! At The Disco
“The Bird and The Worm” by The Used
“Lifestyles of the Rich and Famous” by Good Charlotte
”Dear Maria, Count Me In” by All Time Low
”Bedroom Talk” by The Starting Line
“Everything is Alright” by Motion City Soundtrack
“Understanding in a Car Crash” by Thursday
“What It Is to Burn” by Finch
“The Downfall of Us All” by A Day to Remember
“One of THOSE Nights” by The Cab
“Say This Sooner” by The Almost
“Be My Escape” by Relient K
“The Quiet Things That No One Ever Knows” by Brand New
“What’s My Age Again?” by Blink 182
“The Future Freaks Me Out” by Motion City Soundtrack
“Bouncing Off The Walls” by Sugarcult
“Seventy Times 7″ by Brand New
“Swing Swing” by The All-American Rejects
“Car Underwater” by Armor For Sleep
“Calling All Cars” by Senses Fail
“I’d Do Anything” by Simple Plan
“You’re So Last Summer” by Taking Back Sunday
“The Words ‘Best Friend’ Become Redefined” by Chiodos
“Do You Feel” by The Rocket Summer
“Situations” by Escape The Fate
“Space” by Something Corporate
“You’re Gonna Go Far, Kid” by The Offspring
“Fall Back Into My Life” by Amber Pacific
“Drop The Girl” by Hit The Lights
“Island” by The Starting Line
“Die Romantic” by Aiden
“Teenage Dirtbag” by Wheatus
“Stuck In America” by Sugarcult
“Girls Do What They Want” by The Maine
“Prayer of the Refugee” by Rise Against October may be long gone, but we still think it’s important to share the tunes we had on our October playlist! This playlist features new tunes from Lady Gaga, With Confidence, Balance and Composure, King Deco, and Lo/Hi among others. Check out the full list and stream below – and be sure to follow us on Spotify here!

END_OF_DOCUMENT_TOKEN_TO_BE_REPLACED Our September playlist is definitely a favorite of ours and features some incredible tracks from Bad Seed Rising, A Boy Named John, BANKS, Bleeker and Bastille (we’re really feeling the b’s this month…) among others! Check out the full list and stream for our September playlist below!

END_OF_DOCUMENT_TOKEN_TO_BE_REPLACED 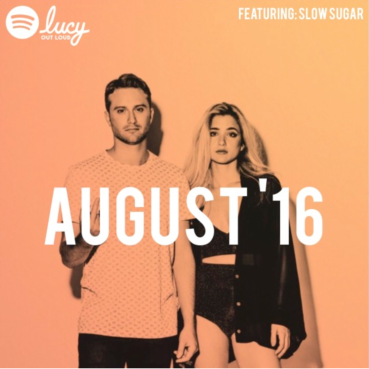 This playlist is well overdue, but after taking a slight break this past month, we’re back and bringing you our favorite tracks from August to create our playlist! Check out the full list and stream, featuring songs from Grouplove, Frank Ocean, Slow Sugar, and Yellowcard, below!

END_OF_DOCUMENT_TOKEN_TO_BE_REPLACED

We asked our staff to choose some of their favorite tracks released last month to create our July playlist! This month’s playlist features songs from blink-182, Major Lazer, I Prevail and Emarosa, to name a few.

Full List:
“Without You” by Mike Schiavo
“She’s Out Of Her Mind” by blink-182
“Why” by Roy Woods
“Crzy” by kehlani
“Summer Heat (Radio Mix)” by Solidisco
“Cold Water” by Major Lazer
“Scars” by I Prevail
“I’m So Dead” by The Stolen
“Alright” by Keaton Henson
“17 New Years” by Polyenso
“Porcelain” by Emarosa
“Cry Baby” by Fickle Friends
“Into The Night” by Jeremy & the Harlequins
“Heavy” by Birdtalker

We asked our staff to choose some of their favorite tracks released last month to create our June playlist! This month’s playlist features songs from some of our favorite artists including a handful that you can currently catch on the Vans Warped Tour like Bad Seed Rising, Emarosa, Yellowcard and Mayday Parade.

END_OF_DOCUMENT_TOKEN_TO_BE_REPLACED

We asked our staff to choose some of their favorite tracks released last month to create our May playlist! This month’s playlist features songs from some of our favorite artists including The Downtown Fiction, 3OH!3, PUP, and Thrice.

END_OF_DOCUMENT_TOKEN_TO_BE_REPLACED 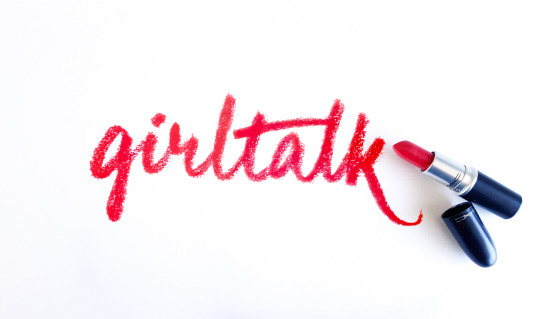 It’s been almost two years since Sara “Scoggs” Scoggins started her radio show Let’s Talk Music. As one of the only female show hosts on idobi, Scoggs has used her show as a way to connect with peers and share the music she loves. Although the show first kicked off when a friend of hers at idobi asked if she ever wanted to host a show on the station, the driving force behind Let’s Talk Music has always been about cultivating a community of peers who love music and give them the opportunity to share that. Scoggs tells us, “I’ve always felt a deep connection to the friends in my life who love music the way that I do, and this was a way to make that family grow, empower listeners to have a positive conversation about what they love, and help it grow.”

Listeners of the show are well aware of Scoggs’ kickass playlist making skills, so for this edition of GirlTalk, Scoggs has created Then and Now playlists highlighting her top 10 favorite tracks from high school including Brand New and Paramore* and her 10 current favorites including the 1975 and PVRIS. Give a listen to the playlists below!

*Fun fact – when asked who the number one person she would love to interview would be, Scoggs tells us her dream of speaking with Hayley Williams of Paramore. She told us “I’d just love to talk to her about the evolution of Paramore and the fan base. How she has felt growing up in a band, having the ability to write about her growing pain and angst– while having a huge community by her side. A convo with her would just be so surreal because I admire her a lot, but I also feel like we might have a lot in common.”

THEN:
My “Then” playlist is really funny because I’ve never stopped listening to my favorite records from with I was in high school. I still feel the same way about music as I did back then, and as I’ve gotten older, I realized that’s not a guarantee that everyone will retain that kind of connection. So, here’s some stuff I initially fell in love with back Then.

NOW:
So many artists I’ve gotten into the past few years. There’s a lot of exciting thing happening in all corners of the music industry right now. Here’s a collection of what you can find on my Spotify search bar right now.