Having passed the midway point of their second decade, it sounds foolish to say Senses Fail may have found out who they want to be, or better yet, who they are.

Going from being pioneers* of the screamo scene during the mid and late-2000’s, then shifting to more of a hardcore act for 2013 and 2015’s Renancer and Pull the Thorns From Your Heart, they’ve never been an act afraid of approaching new territories. With that, a decent chunk, if not most or all, of the credit goes to Buddy Nielsen, the only remaining member from the initial lineup.

To fully appreciate the glow of If There is Light…, I had to revisit the grit of Pull the Thorns From Your Heart. Where the intensity of “The Three Marks of Existence”  from Pull the Thorns… punches your skull in, the opener here, “Double Cross,” grabs you by the collar and pulls you in close; less of a circle pit, more of a crowd surf. It makes good use of one of the handful of instances of screamed vocals on the album, showcasing the album’s range early on – hooks, heaviness, and plenty of heart.

A band famous for their sharp lyrics and catchy choruses, If There Is Light, It Will Find You has plenty of trademark Senses Fail. The double-pedal throughout “Elevator to the Gallows” is a perfect fit, and “New Jersey Makes, The World Takes” is an instant hit. I know it’s only February, but there’s a serious chance this could be one of the sweetest hooks of the year.

“Gold Jacket, Green Jacket…” is yet another highlight here. The chorus is massive, but the stance makes it a standout. Though always passionate and outspoken as a band, I’ve never really thought of Senses Fail’s music as overly political, in the vein of Rage Against the Machine or Rise Against. As Nielsen clarified to Billboard “It’s not a political record. It’s social commentary, in a way. … It’s trying to be a step beyond raising awareness or pointing fingers. I wanna actually provide some level of emotional support.” There is a finger pointed on this one, but I digress.

For me at least, I treat “First Breath, Last Breath” and title track closer “If There Is Light, It Will Find You” as companion pieces. Aside from the fact that both are stunning, with special mention for the latter, which is outstanding and I’ll get to that more in a bit, the two feel kindred. Whether it’s intentional or not (or, rather, if it’s actually there or if I’m just choosing to hear it that way), the bridges on “First Breath, Last Breath” play muffled and distorted, almost sounding like it’s coming from underwater. On such a heavy track, maybe the feeling of gasping for air just comes naturally. Later, the finale’s chorus welcomes the waves; “Grab my hand, hold it tight / let the water take us tonight.” And further, both ask the same question – how do I do this?

First, Nielsen screams “How the hell am I supposed to raise a daughter on my own?” Aggressively, anxiously, pleading. On the later track, he asks again: “How am I supposed to raise you when I’m so afraid?” This time, the music is somber, his voice is soft. There’s a feeling of, I don’t know, cautious acceptance?  There’s such a beautiful range of emotion on display all throughout If There is Light…, sometimes pinpointing it is tricky. But the growth is always present.

From unfathomable grief and doubt and struggle and fear, come optimistic uncertainty and perseverance and courage.

With so much packed into it, it took a while to digest this album. And even after a week of picking it apart, I still don’t know that I’m close to being done. But no matter what else I pull from it, or what stands out the next time I listen, I have taken the same lesson away since the start:

Let your love be the thing that defines you,
We’ve got to love ourselves, that’s how we respect our dead.

Let your love be the thing that defines you. 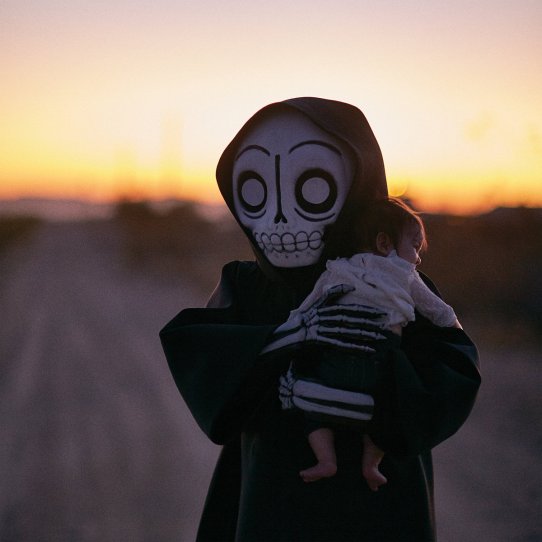 Track Listing:
1. Double Cross
2. Elevator to the Gallows
3. New Jersey Makes, The World Takes
4. Gold Jacket, Green Jacket…
5. First Breath, Last Breath
6. Ancient Gods
7. Is It Gonna Be The Year?
8. “You Get So Alone At Times It Just Makes Sense”
9. Orlando And A Miscarriage
10. Shaking Hands
11. Stay What You Are
12. If There Is Light, It Will Find You

*Also: the asterisk here wasn’t me delegitimizing that title. Back in, like, 2007 or 2008, Senses Fail toured with From Autumn to Ashes during their Holding A Wolf by the Ears cycle (which featured the single “Pioneers,” see what I did there?) and I was doing street team stuff for my local date, and I got to the venue an hour or two before doors opened and hung out while the bands played Wiffle Ball in the parking lot. So, just a little fun story, no shade or anything.