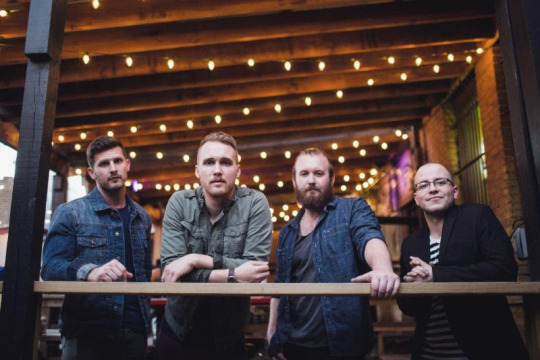 We caught up with Dallas indie-rockers, Valise, about their experience at CMJ, their upcoming tour with Macy Gray and what fans can expect to see next from the band! Check out our interview below!

Since CMJ is filled with tons of incredible acts, were you excited to catch any artists in particular? Did you stumble across any new artists that you are now a fan of?

I think we were absolutely charmed by the Diet Cig punk duo and blown away by our buddies in The Kickback. Great bands, for sure.

You guys are about to hit the road with Macy Gray – that’s huge, congrats! How excited are you about that experience?

So excited! It definitely seems like an interesting match-up – but we all love it.  A lot of times you go to shows and watch the same 3 bands perform, and by the time the band you came to see starts, you’re pretty desensitized to the whole experience. This will be anything but that. We’re incredibly lucky to share the stage with a talented Grammy-winning artist like Macy.

Speaking of hitting the road, it seems like all you guys do is tour, which is definitely not a bad thing! But we have to ask, what keeps you guys so driven to constantly be on the road?

When you’re on tour, all the typical daily worries just go out the window. I get massively discontent when I do too much  repetitive stuff, and even though touring can be really repetitive, each day has a million experiences just waiting to be had. I often reach stimulation overload, haha. Don’t get me wrong, I need my time at home with my family and Netflix, but I think we do a good job of striking a balance between the two.

This past summer, fans heard your songs “Charlie Gray” and “Dialogue” in episodes of Chasing Life on ABC Family. If you could place one of your songs in any movie, which movie, scene, and song would it be?

I think if instead of the famous Star Wars theme song you heard a Valise song when the opening space-text crawl begins, that would be most ideal. it would do well with millennials, I think.

You guys released your latest album, Young Bloomer, earlier this year. What can fans expect to see next from you guys?

We plan to release a deluxe version of Young Bloomer in the new year on vinyl, which we’ve never done before. I’m thrilled!